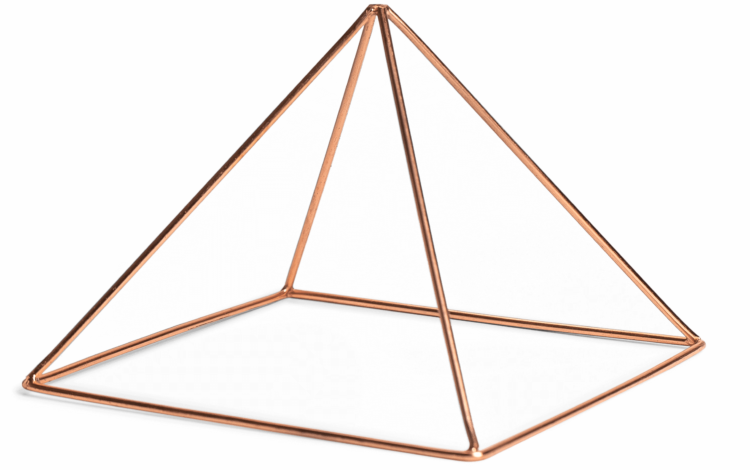 All through my younger years I remember my Grandma’s husband, or “Grandpa” as we used to call him, always used to talk about how “They” were trying to gather information about us. Tracking you through the money in your pocket, or credit cards, or somehow through junk mail. I never knew who he was referring to with “They.” He could have meant the government, or aliens, or the aliens in the government. I was always afraid to ask.

My grandparents were sort of cult hoppers. Staying for periods of time in different commune type places and spending time with kooks full of conspiracy theories and such.

When I was very small and I used to stay with them, they used to have me sit under a copper pipe pyramid in their living room at a specific time of the day. The rest of the time I wasn’t allowed near it. But at whatever time, they’d have me go in there and sit quietly and afterward I would tell them what I was thinking about.

In the mid-90’s while my grandparents visited Texas, my family had to sit around and watch a video of an unblinking man who “really knew what was going on.” It turned out the man was Marshall Applewhite from the Heaven’s Gate cult. Thank goodness they moved on to other things before Hale-Bopp was coming around.

It’s 2020 now and my grandparents have been with that mysterious spirit pharaoh wizard alien for quite some time. And I’ve finally figured out who “They” are.

Everyone has known for many years now, searching for one thing on the internet will lead to seeing ads about it forever. But technology has changed in the last couple of years.

I realized “They” were targeting us through more than just our internet searches when- without ever having searched for the item online- I wrote a shopping list in my phone’s notes app where I typed “red iron on stuff” and later that day there was an ad for Heat & Bond interfacing in my facebook timeline.

Last night as it was getting close to dinnertime, I said, “I’m just going to make macaroni and cheese.”

As I sat down on the couch while the water boiled, what was the first ad that I saw on instagram? Kraft Macaroni & Cheese.

I’m almost to the point where I’m not shocked by it anymore. I think that’s what “They” want.

[edit: I just queued up post that is going to be published here tomorrow and then I went over to facebook to find this ad at the top of my timeline: